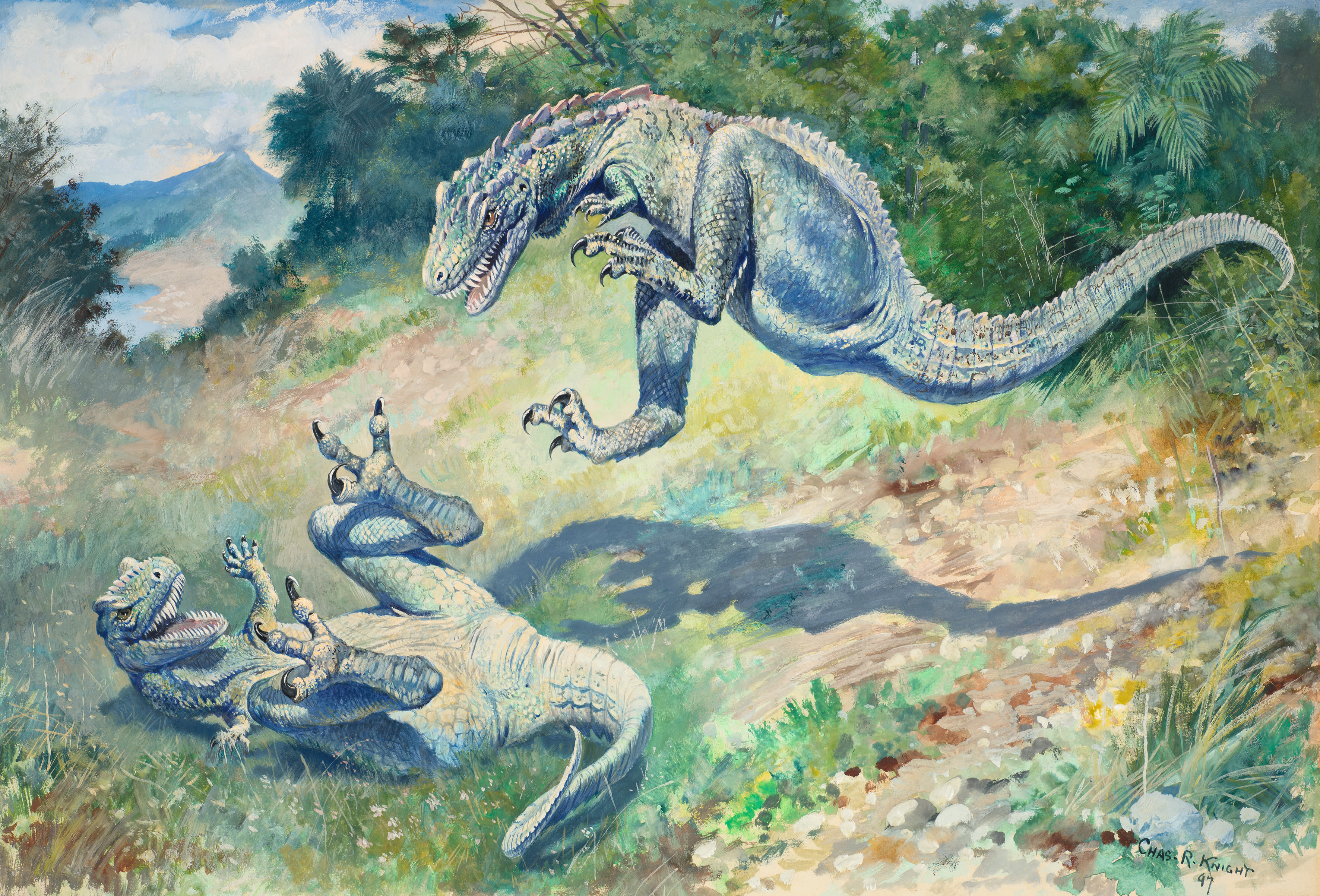 This is from my reading journal of a few years ago when I found myself with Michael Crichton’s The Lost World as well as Sir Arthur Conan Doyle’s The Lost World on my TBR―both of course adventure tales and both involving dinosaurs. I decided to read them together just to see whether the similarities ran deeper, and were deliberate or simply coincidental.

Sir Arthur Conan Doyle’s The Lost World was the first non-Sherlock book by him I have read (I haven’t done much to remedy this since, besides reading his account of the George Edalji trial, though I did read that his historical fiction was among his own favourite works.), and also the first in a series featuring Professor Challenger. In the book, young reporter Ed Malone finds himself charged by the lady he loves to be more adventurous and brave leading him to volunteer in a mission to South America to confirm some bizarre claims that Professor Challenger has made and no one believes (the fate, unfortunately of many discoverers or innovators). He is joined by Professor Summerlee, Challenger’s main critic, and Lord Roxton, who think Challenger has deserted them at the last moment only to be joined by Challenger in South America. He leads them to the place he has discovered, a plateau he believes remained unaffected by evolution or time since the days of the dinosaurs. Their journey there is fraught with danger and things don’t improve once they reach their destination for they are trapped there by their guide who blames Roxton for his brother’s death. But the plateau is all Challenger promised and more with dinosaurs of various kinds (pterodactyls included) and plant life the beauty of which leaves them entranced. But hidden behind what is visible to them is a far greater danger than the dinosaurs they see, and they end up in a scenario that rather reminded me of what befell the characters in H.G. Wells’ The Time Machine. The rest of the story tells of their facing up to those dangers and return.

Crichton (another author whose books I quite enjoy)’s The Lost World on the other hand is the second in the Jurrasic Park set of books, and is like Conan Doyle story part action-adventure, part science fiction but here, he brings out issues that run somewhat deeper than just these elements. In the story Dr Ian Malcolm and his colleague Dr Levine investigate the possibility (from the latter’s research) that something of the original Jurrasic Park experiment may have survived. Dr Levine sets out to investigate and disappears. Malcolm with fellow scientist Dr Thorne (who builds their equipment) and technician Eddie set out to discover what became of him and along the way are joined by stowaway kids Arby and Kelly, and also Malcolm’s former student and ex-flame Dr Sarah Harding. They discover not only that the eggs from the project have survived but that various types of dinosaur are still living on the island, and multiplying. There is danger from the dinosaurs themselves but on their trail are also the villains of the piece seeking eggs to experiment (with the rather detestable logic that man-made beings are somehow not “living” and thus can freely be experimented on). Through this adventure (with its fair share of gore), Crichton explores the themes of evolution and extinction, as well as investigation, with the scientists having obtained a sort of dream-environment where dinosaurs are growing and adapting on their own. This one managed to explain some of the logic behind the uncertainty principle to me―that in measuring either position or velocity, a person is interfering with the process and thus is unable to mention both with certainty. He also makes one realise that extinction may not have been as sudden as one tends to think. Most interestingly for me I think, were two points he raised―the question (human beings being (I have read another book on this theme that I will write about at some point) as destructive as the plague) whether human beings were actually playing a role in extinction, clearing up the planet for it to start afresh―something we certainly seem to be doing. The second was the idea of all science or rather findings of science being always replaced by new findings (phlogiston, for instance)―much of what one age believes is disproved in the next. So what does, or should a person do? Perhaps (as he suggests) simply enjoy what he have!

But the point of my reading the two was of course (besides actually reading the two) to see whether they were similar and how much so. The two stories, as I have summarised are indeed very different in many ways but Crichton’s Lost World certainly has a connection with and is probably a tribute of sorts to Conan Doyle’s. There are the dinosaurs themselves, and the titles of course, symbolising the whole notion of an isolated place (plateau/island) where dinosaurs have thrived (albeit through human triggers in Crichton’s case) providing a somewhat “magical” place for scientists to observe them, to understand how they lived, and perhaps try and understand why they stopped living. Also indicative of the latter being a tribute of sorts were the deliberate references that Crichton has put in―Challenger being the vehicle the scientists use on the island, and references to research by a scientist called John Roxton.

So although the second Lost World wasn’t merely a version or retelling of the former but a whole other story, the little similarities and tributes made it worth reading the two together. Besides, both books in the end were enjoyable and exciting adventure stories, the latter also providing much food for thought and for me, a nice little reading challenge!