This is the my second post on Macbeth, part of my Shakespeare project (read about that here). My post on Act I is here. These posts are not spoiler free so please don’t read on if this bothers you.

In the first Act, the weird sisters had revealed two prophecies to Macbeth, and when the first of them came true on its own, he had decided to take some steps, no less than doing away with the King, Duncan, to ensure that the witches’ second prophecy also came to pass, rather than leave it to chance. He had some qualms about his plans and his thoughts, but Lady Macbeth takes it upon herself to convince him that he must indeed take those steps, if he is to achieve what is written for him.

Macbeth and the Witches

In the opening scene of Act II, we find Banquo talking with his son Fleance. It is past midnight they realise for the moon has long set. Banquo says that he is tired but unable to get any sleep because of the nightmares that plague him–clearly, a result of their encounter with the witches. Macbeth arrives on the scene, and Banquo inquires of him why he isn’t in bed either, informing him that the King has long retired for the night, and also of the fact that Duncan is very pleased with the hospitality he has received and given gifts aplenty for the household and servants, as well as for his hostess. One can’t help thinking while reading that neither poor Duncan nor Banquo have the least idea what Macbeth and his Lady’s true feelings and intentions are towards him. Banquo also brings up the matter of the three witches, to which Macbeth replies that he doesn’t wish to discuss them at the moment but would like to talk about them with him later. Banquo is prepared to support Macbeth in whatever he does so long as he can do it with a clear conscience. Macbeth clearly has no such compunctions.

Meanwhile Macbeth begins to see a dagger with the handle pointed towards him, as though indicating or prodding him towards what he should do. He ponders over evil nightmares and the deeds of witches and over the murder that he must commit, finally setting off to actually do the dastardly deed.

The next scene opens with Lady Macbeth speaking about how the servants who were to be standing guard at Duncan’s door are drunk and drugged, and thinking that Macbeth must by now have done the deed. Macbeth’s voice is then heard, and she wonders whether the servants have awoken and their plans have been foiled. But her doubts are soon set to rest as Macbeth comes in and tells her that he has, in fact, killed the King. He tells her about how the servants did wake up, but then went back to sleep again.

Macbeth, Lady Macbeth and the Murder of Duncan

But Macbeth’s own sleep is not so certain anymore. He has already begun to hear voices, ones that foretell that he, Macbeth has murdered sleep, and that he shall now have no more sleep. He tells Lady Macbeth this, but she feels he is becoming weak, cowardly, and telling him to gather himself together, wash away the evidence, and think like this no longer. Macbeth is now too scared to return to the scene of the crime and smear the sleeping guards with blood as they had planned, so Lady Macbeth takes charge. Now there are sounds of knocking scaring Macbeth some more. Lady Macbeth who is back now after putting blood on the guards’ hands tells him once again to get his wits together, and change into his nightgown so that no one will suspect them of any wrongdoing.

The scene changes and we meet a porter, who remarks on all the sounds of knocking that he has been hearing around. Once again he hears knocking, and imagines various people who might have been knocking at the door–a farmer? a tailor?. But before long, there is knocking at the actual gates (not mere sounds) and Macduff and Lennox, two noblemen enter. They are told by the Porter that all of them (the servants I assume) have been drinking till late, and expounds on the (mostly unsavoury) effects of drink.  Macbeth arrives and says that the King is not awake as yet, leading Macduff and Lennox to the King’s door as Duncan had commanded Macduff to wake him at a certain time. Lennox comments on how rough the past night has been, and some ill omens and sounds that he heard of. Macduff in the meantime had found the King murdered and comes out to tell the others the news. Horrified (Lennox, at least), Macbeth and Lennox raise the alarm. Lady Macbeth feigning ignorance, and Banquo also arrive, and are told the news. 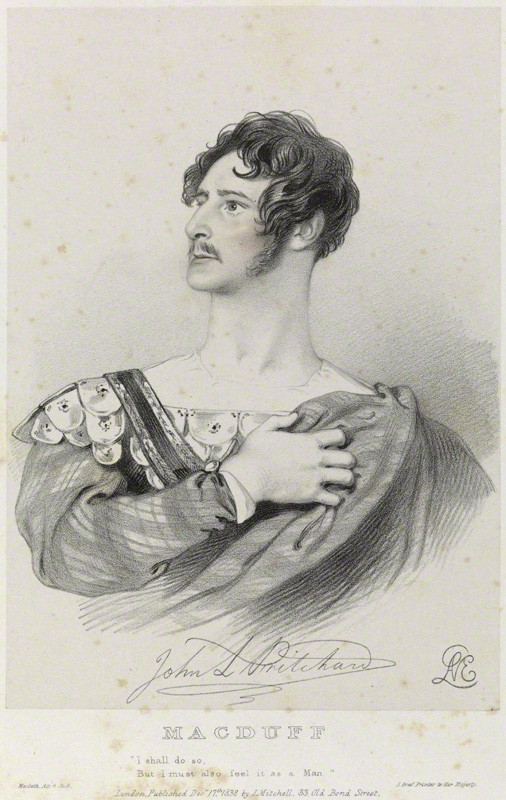 Macbeth who seems to have gathered courage again, puts on the perfect act, saying how he should have himself died before hearing such news. Malcolm and Donalbain, the King’s sons are also told, and it is also revealed by Macbeth himself (with great pretense of regret) that he has dispatched the King’s guards who were found with blood all over  them. So not only has Macbeth done away with the King, he has also very neatly dealt with any possible threat that may have come from their revelations. He tries to justify himself for doing so. Lady Macbeth is carried out of the room, obviously feigning shock. Malcolm and Donalbain decide to leave going to England and Ireland, respectively, fearing that soon the daggers will be drawn against them.

In the final scene of this Act, Ross, another nobleman enters with an old man, discussing the horrific happenings of the night that has passed. Ill omens seen and ill happenings that followed are spoken of. Macduff enters, and the murder is discussed once again, Ross bringing up the matter of the two dead servants, saying that Macbeth should not have killed them. It turns out that since Malcolm and Donalbain fled the castle, they have made themselves the prime suspects in their father’s murder. So it seems that Malcolm, who had been named heir, is no longer a ‘thorn’ in Macbeth’s path, and has more or less removed himself from there. And so the witches’ second prophecy comes true as we find out Macbeth has already been named the King.

So in this Act, ill thoughts have been converted to ill deeds. While in the first Act Macbeth and Lady Macbeth were merely contemplating murder, in this one, they have gone past the point of no return putting their plans into action, Macbeth himself having killed the King. They have also managed to successfully shift the suspicion on the guards, and without their intending it, through Malcolm and Donalbain’s not-very-well thought out actions, suspicion has fallen on them, not even a hint of it touching Macbeth and his Lady.

But while they may have been successful in their plans, Macbeth isn’t a particularly strong character, and other impacts of his deed are beginning to tell on him, fear setting in, and voices beginning to haunt. Will he indeed have no sleep no more? The first murder committed, Macbeth soon after commits two others–the two poor guards lose their lives for no other reason than the threat they could possibly pose to Macbeth. On the one side, he seems to be falling to pieces, but on the other, he gathers himself together and puts on an innocent face whenever needed.

This Act was away from the realm of the witches but darker perhaps than their world with conspiracy, betrayal, and murder, and ill omens all around. Of course, the voices that begin to haunt Macbeth add to the atmosphere, making it darker and definitely a touch creepy. The effect of these would probably come through better watching the play performed rather than simply reading it.

What I wondered about (in fact also in the first Act) was about Macbeth and Lady Macbeth as characters. Macbeth seems to have qualms about what he is about to do, sometimes seems to lack the courage to do it (is even given the courage to proceed by Lady Macbeth), but he still does always go ahead and do what he has planned. When it comes to committing murder, he readily commits not one but three murders. Lady Macbeth is certainly the stronger character in many ways, she has made up her mind and is able to stick to it. I wondered though whether Macbeth’s doubts are indicative or some little conscience that he has left or whether one should see it as a sign of hypocrisy, as Macbeth merely trying to make himself seem better in his own eyes by having those doubts, for he might have fears but when it comes to doing the deeds, he has had no hesitation. He may have fallen to pieces, but when it comes to pretending before others that he is innocent, he betrays not a hint of fear.

What do you think? Is there a better character among the two, or do you think them equally bad/ equally human? What about this Act in general? What are your thoughts? Looking forward to hearing all about them.

a little blog of books & writings